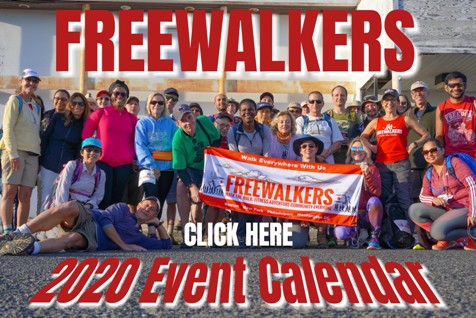 
Register for our 2020 walking events

26.2 miles (or 13.1 miles) from 30th St Station to Chestnut Hill through Fairmount Park and the Wissahickon Valley. Guest VIP will be legendary swimmer and famed ultra athlete Diana Nyad.

An Autumn Walk in the Park

Walk the entire breadth of the city through the largest landscaped city park in the world, Fairmount Park, with the autumn colors at their peak along the Schuylkill River Trail and Forbidden Drive along the Wissahickon Creek.

In the early 19th century, the Wissahickon was a hub for small industry, due to its steady water flow for powering mills. When industry moved downtown, the area was preserved to protect the water supply for the region, producing an environment that became world renowned for its beauty and inspired the works of Walt Whitman, John Greenleaf Whittier, Edgar Allen Poe, Christopher Morley, and Currier and Ives. Forbidden Drive is so named for its prohibition of all motor vehicles. The Wissahickon Valley has a stillness untouched by time, strange for one of the world's larger cities, and is surely Philadelphia's best kept secret, offering as appealing a walking route as is available for a hundred miles around.

"The Wissahickon is of so remarkable a loveliness that, were it flowing in England, it would be the theme of every bard." -- Poe

"Some of my happiest hours have been spent there, some of my freest hours." -- Whitman

Our journey begins at 30th Street Station, with convenient connections to Septa, NJ Transit, Amtrak and Megabus. The walk ends in the tony main-street neighborhood of Chestnut Hill, where we shall meet for eats and libations, with two train stations available to carry us back to 30th Street. Easy gravel and paved terrain, with very few road crossings after one leaves Center City. Two snack bars with nearby bathrooms assist along the way.

The half-marathon route is a shortest-distance trek along the Schuylkill and Wissahickon. The full route provides a broad and meandering treatment of all of the many highlights of sprawling Fairmount Park, along with visits to the places of debate and worship of our founding fathers, the site of the 1876 Centennial Exposition, the world's tallest masonry building, dozens of works of public art, and the nation's most pioneering and pedestrian-friendly cemetery, replete with graves of countless war heroes, inventors, tycoons and even local icons like Harry Kalas and Rocky's Adrian Balboa.